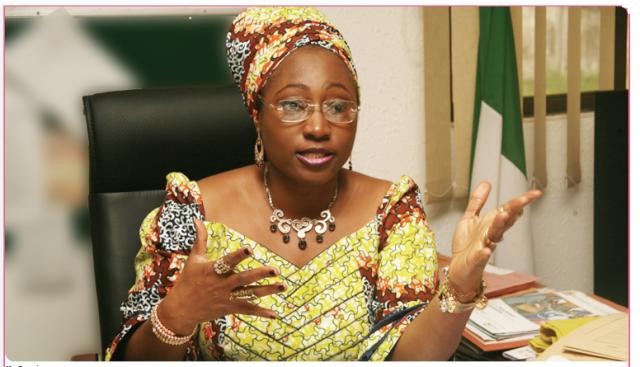 Erelu Bisi Fayemi, wife of the Ekiti State governor, Dr. Kayode Fayemi, has expressed dismay with the Senate’s vote banning underage marriage in Nigeria and berated the Senators, who voted against the amendment.

The media since Wednesday has been awash with reports that during a debate to amend Section 29 (4) (b) of the 1999 Constitution, some Senators, mostly from the North, purportedly kicked against the deletion of the clause which states in part that “any woman who is married shall be deemed to be full of age”, citing Part 1, item 61 of 2nd Schedule of the 1999 Constitution which bars the National Assembly from legislating on any matter that has to do with Islamic and Customary laws.

But Mrs Fayemi, who spoke at the second annual public lecture organised by Women and Children Development and Health Research Initiative (WCDHRI) in collaboration with the Ekiti Development Foundation (EDF), decried the development, saying it would “further cause decline to female access to education in Nigeria.”

She therefore, urged the womenfolk to rise up in rejection of the Senate’s action which she described as inimical to the growth and liberation of the female gender in the country.

“I am very disappointed that distinguished senators could reverse the vote that would have outlawed underage marriage. I want to charge the women to rise up and reject the action by pressing for the criminalization of early marriage in Nigeria,” Mrs Fayemi said.

Speaking on the theme of the lecture: “Gender Perspective and the Role of Media in Cancer Prevention in Nigeria,” the Ekiti State First Lady added that it will be criminal and callous for any government to treat the issue of cancer with disdain, saying it must be taken with all seriousness to save the country’s productive population.