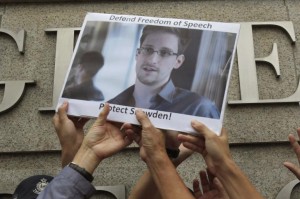 After seeing his request turned down by many countries, former US intelligence contractor Edward Snowden has been shown a beacon of hope by Venezuelan President Nicolas Maduro who said he had decided to offer him asylum.

Snowden, who leaked US intelligence documents revealing a vast phone and internet surveillance programme, has petitioned several countries to avoid capture by Washington.

“As head of state of the Boliviarian republic of Venezuela, I have decided to offer humanitarian asylum to the young Snowden … to protect this young man from the persecution launched by the most powerful empire in the world,” Maduro said on Friday.

Meanwhile, Nicaragua has said it could accept an asylum request from Snowden “if circumstances permit”.

“We are an open country, respectful of the right of asylum, and it’s clear that if circumstances permit, we would gladly receive Snowden and give him asylum in Nicaragua,” President Daniel Ortega said on Friday.

Ortega, an ally of Maduro, did not elaborate on the conditions that would allow him to offer asylum.

Snowden has reportedly been turned down for asylum by 21 other countries since he outed himself as the NSA whistleblower responsible for leaking information about US government spy programmes.

His bid for Icelandic citizenship hit an impasse earlier on Friday when the country’s parliament voted not to debate it before the summer recess.

Snowden is wanted in America for espionage among other charges.