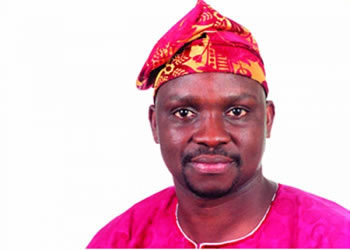 The rejection of the purported consensus arrangement as proposed by President Goodluck Jonathan to select the Ekiti State Peoples Democratic Party (PDP) flag-bearer in the 2014 governorship elections, has been described as gross indiscipline by one of the aspirants, Mr. Dayo Adeyeye.

Making this known in a statement issued on his behalf by the Director-General of his campaign organisation, Mr. Bisi Kolawole on Sunday in Ado-Ekiti, the state capital, Mr. Adeyeye said none of the governorship aspirants was afraid of testing their strength at the party primaries but said the proposed consensus arrangement by Mr. Jonathan was in the best interest of the party.

Although Adeyeye, a former aide to sacked governor of Ekiti State, Mr. Segun Oni, did not mention the name of any of the aspirants, it is believed his statement was directed at former Governor Ayodele Fayose, who is also a governorship aspirant and who has on several occasions voiced his discontentment with the consensus arrangement, describing it as an attempt to impose a “weak candidate” on the party.

Adeyeye, who hails from Ise Ekiti in Ekiti South Senatorial District, said, “The major problem of the PDP is indiscipline, and if we must continue to make progress as a party, there must be discipline.

“It smacks of high level of indiscipline for any aspirant to be kicking against a position openly canvassed by Mr. President, who is the leader of the party. Would such an aspirant respect the President and other party leaders if he or she is picked as the party’s candidate and he or she becomes the governor?” he asked rhetorically.