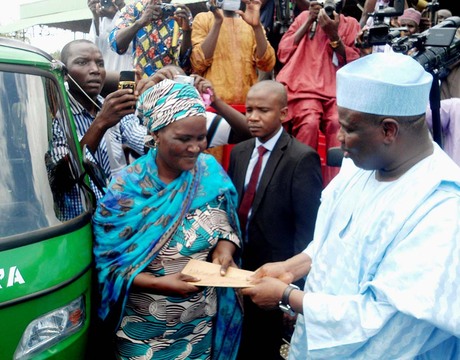 The Speaker of the House of Representatives, Alhaji Aminu Tambuwal, said in Yola on Wednesday that the state of emergency on Adamawa had stemmed the security challenge in the State.

He commended the government and people of Adamawa for cooperating with security operatives to ensure the success of the measure.

“I must commend government and good people of Adamawa for their cooperation and support extended to security agencies in ensuring that the emergency rule achieved its objectives.

“It has stemmed what was hitherto a serious challenge to the peaceful coexistence in this part of the country,” he said.

The speaker observed that the state of emergency had crippled business and social activities and expressed the hope that it would be reviewed soon by the presidency.

According to him, as soon as security situation improves and normalcy returns in the state, government will review the emergency rule.

“During the course of our interaction with the service chiefs, the security situation in Adamawa is quite impressive.

“I am sure that Mr President, Dr Goodluck Jonathan, will respond to the call of the people to ease the emergency rule imposed on the state at the appropriate time,” he said.

The speaker commended Ahmad for the donation and urged other members of the House to emulate her.

Earlier, Gov. Murtala Nyako said that despite the hardship being experienced by the people, residents had resolved to rally support and ensure that peace is reigned in the state.