The Federal Government has approved 100 hectares of land for the permanent site of the proposed Anglican University, Abuja. 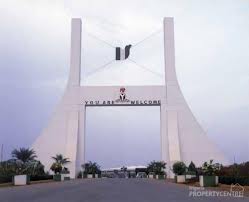 The Bishop of Kubwa Diocese, Duke Akamisoko, stated this in an interview with Newsmen during the 2nd Session of the Second Synod held at St. Paul’s Anglican Church, Nyanya in Abuja.

Akamisoko also assured that any Anglican Church member who meet the five credit including English Language and Mathematics requirement would be offered admission into the University without writing the Unified Tertiary Matriculation Examinations (UTME) or Post UTME.

According to him, “already, five Anglican professors have indicated interest to teach in the University”, which has been scheduled to take-off soon.

He said, “The NUC said before now that they were giving approval to universities for less than 100 hectares. Till now, they (the universities) refused to go to their permanent site. But we have been gracefully given 100 hectares by the President. We are going to pay the President a thank you visit with a team.   A committee is to raise N5billion for university”.

Akamisoko disclosed that, children of the church members would get the leverage of paying only half of the fees in the University, adding that their wards would get discount, because their parents would have already toiled and paid to establish the university.

He expressed worry over the growing number of Anglican Church members who could not secured admission into existing universities despite their qualifications.

“Every Anglican in this country once you have five credits in WASC, you will gain admission . There is a special fee for Anglicans. Your children must benefit from it . Anglicans to pay half school fees. No Anglican will not gain admission except they are not qualified,” he said.

Consequently, The Bishop set up committee to shop for N5billion for the establishment of the University.

However, Akamisoko urged President Jonathan to prosecute individuals and groups making inflammatory and unguarded statements capable of dividing the country.

He pleaded with the Federal Government to suspend every other project and concentrate on providing adequate electricity to the citizenry.