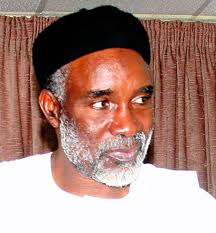 Kwaghe made the commendation on Tuesday in Yola at a news conference while assessing the implementation of United Nations Development Assistance Framework (UNDAF) in the state.

Kwaghe also spoke on the contributions of UNDAF in facilitating the recent passage of Bureau for Public Procurement and Fiscal Responsibility Bills.

According to him, the passage of the bills by the state House of Assembly and the subsequent assent by the governor is a clear sign to ensure transparency and accountability in governance.

He said that the fiscal responsibility law of Adamawa was unique compared to those of other states, adding that due process was followed.

“It is very important that the state has taken this action as it will add value to the government’s drive to fight corruption and ensure accountability and transparency,” Kwaghe said.

Also contributing, the state Partnership Manager of UNDAF, Alhaji Hassan Nyako, said Adamawa was the only state in the North East selected for the pilot scheme which was aimed at promoting service delivery.