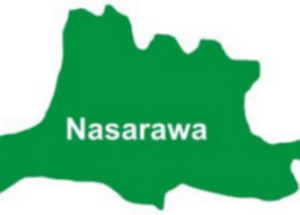 The Fulani and Alago communities in Nasarawa State have signed a ceasefire agreement to end the hostilities between them.

The agreement was signed by the Nasarawa State and National leadership of Miyetti Allah Cattle Breeders Association and the Alago Consultative Community of Peace and Development in Doma Local Government Area.

Malam Abdullahi Bello-Adejo, the National President of Miyetti Allah, said after signing the agreement that the Fulani community was worried that almost all crises with farmers in the area were attributed to them.

He called on Fulani people in the area to lay down their arms and embrace peace for people to go about their activities freely.

“We, the elders and leaders of the Fulani, will put machinery on ground to check the activities of our people to ensure that they do not invade anybody’s farm.

“We have given two weeks to all our people to make sure that total normalcy returns to the area,” Bello-Adejo said.

He warned members of the association, who were in the habit of destroying farm crops intentionally, to desist forthwith or be ready to face the wrath of the law.

The chairman also called on both parties in the dispute to report any disagreement to the appropriate authority for proper action to avoid breaches of law and order in the area.

“The Fulani elders and leaders would place a curse on anyone who violates the peace agreement,” he warned.

He called on both parties to report any case of either destruction of farm products or theft and attack on cattle to appropriate authority for proper action.

Malam Mohammed Hussaini, the state Secretary of the association, said they would constitute committees at all levels to monitor the activities of their members and ensure compliance with the peace agreement.

Earlier, Sen. Suleiman Adokwe, the leader of the Alago team, said that the agreement was made possible by series of consultations between the two parties.

He added that the Alago team would also set up machinery to ensure adherence to the agreement by farmers in the area.

The signing of the agreement was witnessed by Alhaji Aliyu Ogah, the Andoma of Doma; Mr Danjuma Ogiri, the Osuko of Obi, among others. (NAN)