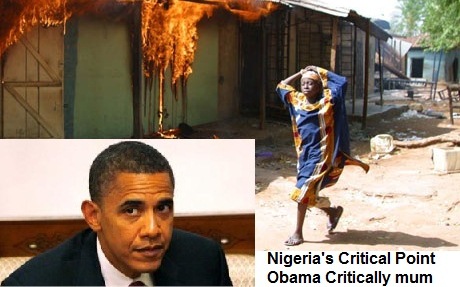 It will be sent to the White House to call on the Obama administration to designate this brutal group as a Foreign Terrorist Organization.

At its site, clarionproject.org wrote:

To date, Boko Haram has been linked to the deaths of 3,600 Nigerians, with almost weekly attacks on Christian churches.

“We, the undersigned, ask that the U.S. officially designate Boko Haram as a Foreign Terrorist Organization.”

They are responsible for attacks on churches, schools, media houses and government buildings including the August 2011 bombing of the UN building in Nigeria’s capitol city of Abuja. In the beginning of 2012 Boko Haram called for the genocide of all Christians who did not leave the north.

Since then their indiscriminate bombings have killed men, women and children, soldiers, police and civilians, Christians, Muslim and the followers of traditional African folk beliefs.

They have directly targeted Christians, ethnic minorities and any Muslims who dare to disagree with their genocidal ambitions. Unfortunately, despite all this uncontested evidence, the US government has refused to designate Boko Haram a Foreign Terrorist Organization.

Join us in calling for the United States Government to do the right thing and acknowledge the terrorist status of the Boko Haram terrorist group.

At a Recent Congressional Hearing The President of the Christian Association of Nigeria Pastor Ayo Oritsejafor said: “Since its creation, the Boko Haram network has never hidden its agenda or intentions.

Boko Haram has openly stated that they reject the Nigerian State and its Constitution and seek to impose Shariah Law.

To this end, Boko Haram has waged a systematic campaign of terror and violence. They seek an end to western influence and a removal of the Christian presence in Nigeria. This is outright terrorism, not legitimate political activity or the airing of grievances.

By refusing to designate Boko Haram as a foreign terrorist organization, the United States is sending a very clear message, not just to the Federal Government of Nigeria, but to the world that the murder of innocent Christians, and Muslims who reject Islamism are acceptable losses.

It is hypocritical for the United States and the international community to say that they believe in freedom and equality, when their actions do not support those who are being persecuted.

A non-designation for the group only serves to hamper the cause of justice, and has emboldened Boko Haram to continue to strike out at those who are denied equal protection under the law.”

Tell our US Government that Boko Haram that has killed hundreds of innocent Nigerian civilians and other nationals serving under United Nations is using terrorist tactics and should be designated a Foreign Terrorist Organization. Sign in the petition at clarionproject.org!