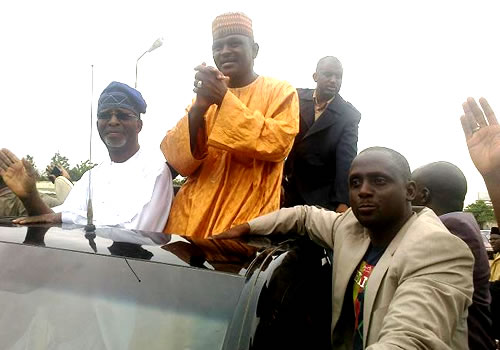 In a statement by the Mr. Adams, entitled: ‘Revolution beacons’, the group said: “We of the Oodua Republic Front (ORF) hereby distance ourselves from the weighty support thrown behind al-Mustapha, the murderer of the matriarch of democracy Kudirat Abiola. Although we foresaw foul play from the beginning of the hearing, we want to assure all and sundry that believes in justice that the blood of everyone, who was killed in the course of fighting for this democracy, would hunt every son of Yoruba, who believes he can negotiate justice for a plate of Tuwo”.

The OPC leader said the group distanced itself from the show of shame embarked upon by Dr. Fasehun, whom he said was not representing “our collective decision in this matter.”

He said: “The Yoruba are known to be Omoluabi (people with integrity), but in this case, some Yoruba figures should be prepared to explain their role in the deals that released al-Mustapha. They neither represent our opinion nor decision.”