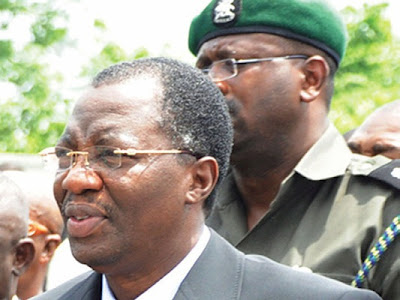 A chieftain of the Peoples Democratic Party (PDP) in Ogun State, Prince Buruji Kashamu, on Sunday, dismissed the alleged defection of the former governor of the state, Otunba Gbenga Daniel and his loyalists to the Labour Party (LP) as insignificant because with or without their presence in PDP, the party will continue to wax stronger.

Kashamu, a major financier of PDP in Ogun, stated this while receiving about 1,000 defectors into the party, in Atan, Ijebu North-East Local Government Area.

The PDP chieftain said the former governor’s action was a ploy against the PDP on whose platform he governed for for eight years, adding that Mr. Daniel would fail in his purported bid to weaken the party ahead the 2015 poll.

“PDP members must work together to achieve victory in 2015. There should be no discrimination among party members. The existing members and fresh members are the same; unity and cooperation should be our watchword always”, Kashamu stressed.

Former Governor of Ekiti State, Mr. Ayodele Fayose, who also witnessed the reception in honour of the defectors, lauded Kashamu for keeping the flag of the PDP flying in the South-West zone.

According to Fayose, a PDP aspirant for the 2014 governorship election in Ekiti State, “If we have somebody like Kashamu in the South-West, our opponents would have run out of town before the conduct of any election. I will identify with you anywhere, because what you are doing has not been seen in this party before now.

“Even during the time I was governor, we didn’t witness such monumental things you (Kashamu) are now doing. We are religiously very proud of you. I support anybody that stands by me.  Anyone who betrays will surely lose and anyone who says the PDP will lose this election will be defeated,” he said.