The Committee of Vice-Chancellors of Nigerian Universities has recommended necessary policy interventions to address the challenges of universities and other higher institutions in the country. 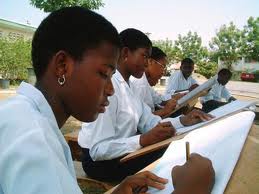 Prof. Michael Faborode, Secretary-General of the committee, said that the policy was necessary due to the challenges of weak governance structure and process in the Nigerian higher education sector.

“This has contributed to disruption of academic calendar owing to the constant bickering between the academic staff union, other staff unions, university management and government.

“This has also stunted the culture of robust debate and collaborative engagement and staff for a common vision, progress and among others,” he said.
A country like Ghana commits 31 per cent of its budget to education as against Nigeria’s eight per cent.
Faborode said that the recommended policy was at a two-day meeting on Consultative Policy Dialogue on the Future and Relevance of Nigeria universities and other tertiary institutions entitled “Towards Higher Education Transformation”.

He said that the meeting was organised by Trust Africa, an African Foundation with headquarter in Dakar, Senegal in collaboration with the Committee of Vice Chancellors of Nigerian Universities.

He said that key resolutions of the meeting included the need to restore effective culture of consultation, partnership and collaboration between governments, management of higher institutions.

“This will enable them to sustain the momentum of finding a common ground for addressing the challenges of higher education in the country by organising a biennial national education summit.’’

Faborode explained that the nature and dimension of problems confronting higher education in the country required a new approach to governance.

He added that governance in the sector needed to be more democratised to make higher education more accountable, transparent, efficient and inclusive.

He said that as a pragmatic way of developing the next generation of leaders in the sector, it was proposed that academics should undergo leadership and management training as they advance in their careers.

“It is also considered expedient to commission a study on an appropriate governance model, including feasibility and possibility of establishing a judicial arm in every institution to deal exclusively with student and staff disciplinary matters.”

He said that education should not be seen as only the responsibility of government alone.

He said that the meeting resolved that an agency should be set up to coordinate the synergy between knowledge, innovation and development in all the sectors of the economy.

Faborode said that all existing funding agencies like Raw Materials Research and Development Fund, and Ecological Fund, among others would be coordinated and mandated to contribute a percentage of their earnings for the exclusive funding of research.

He said the present system of abdicating responsibility in providing adequate hostel accommodation for students in public universities was short-sighted.