The Cross Rivers State Governor, Liyel Imoke has donated his salary from July 2013 till he leaves office in 2015 for the development of a youth oriented programme in the Grace Consulate Church, Calabar. 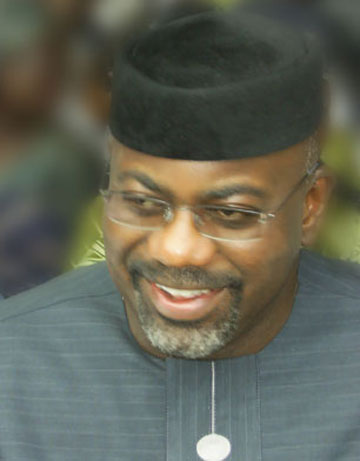 The governor made this known when he launched the album of the church entitled: “Earth Shakers and Frank Edward, “na’ar Youth Swagger”.

Imoke disclosed that the donation was borne out of his commitment and passion for youth development, which also prompted him to float the Bridge Leadership Foundation, a project dedicated to helping youths develop their talents as future leaders.

He said today’s youths were faced with global challenges and it was important that they have access to information which creates an opportunity to do more than the adults, expressing that money generated from the launch should be used in purchasing equipment and building a studio to enable youths realise their potentials.

He further advised the youths to get education first because one cannot be successful without education.

The governor promised to advertise the Youth Swagger Programme, which focuses on the youth and the leadership quality which they posses .

The governor also added that the 23 month salary should be managed by Grace Consulate (Grace Network Ministries Incorporated) which staged the event.

Speaking also, wife of the governor, Mrs. Obioma Liyel-Imoke, described the launch as a great event because it was aimed at  catching them young, hence the first thing a parent should do is to teach a child how to sing.