Not a few Senators were left feeling uncomfortable with the assertion last week by Ali Ndume (ANPP, Borno South) that about half of the 109 Senators in the Senate own one type of firearm or the other. 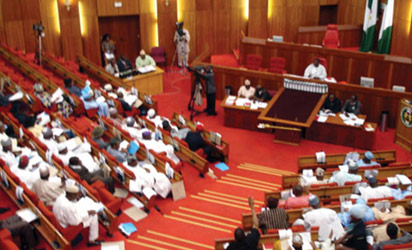 Mr. Ndume made the claim during a debate by Senators to stop the reported moves by Zamfara State governor, Abdulaziz Yari, to arm vigilante groups in the state with rifles to stem the tide of insecurity in the state.

Mr. Ndume, who supported the motion for the arming of vigilante groups, said “if the gunmen or attackers know that the villagers own guns the situation would have been different.

“And let me ask this question Mr. President, why is it that almost half of us here own guns?” a question that quickly drew the intervention of Deputy Senate President, Ike Ekweremadu, who presided over the sitting.

Asking for a retraction of the allegation, Mr. Ekweremadu said Ndume could not substantiate his insinuation as he has not conducted a search on the residence of any senator to ascertain if senators own arms or not.