I always thought Timaya was one of those straight arrow artistes, but I guess I was wrong.

The Egberi Papa 1 of Bayelsa while performing at Star Music Trek last weekend in Nnewi, Anambra State, he got hold of a blown-up condom and displayed it all over while performing.

A couple of hours before that, Timaya blasted an OAP ‘JJ‘ on a live show at Blaze FM Nnewi, after he was rushed off a question one time too many. Timaya said “You ask one question and won’t allow people to ‘land’ before asking another?!”.

If you remember years ago, Timaya placed his Headie award Plaque on his crotch while dedicating his best dance-hall award to ex girlfriend Empress Njamah in 2009. 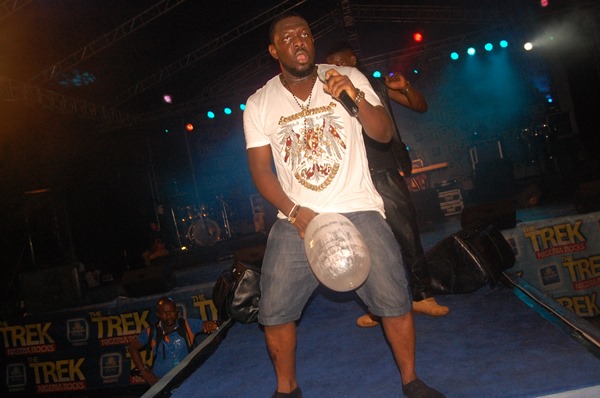