As lifeguards approached to pull a drowning Brazilian teenager from the water, she suffered a second, fatal misfortune — a shark attack. 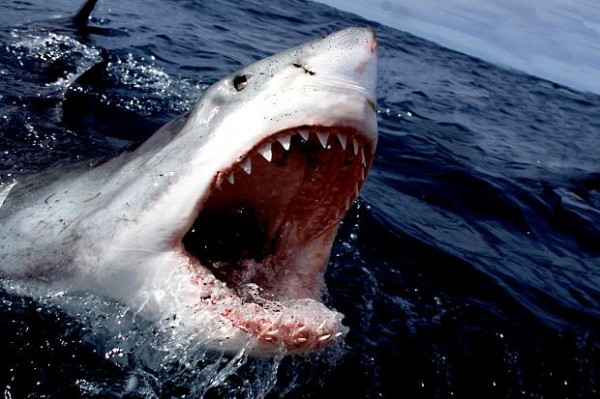 Bruni Gobbi, 18, and a cousin were on the verge of drowning at Boa Viagem beach in the northeastern Brazil city of Recife on Monday, according to the local government’s social defense secretariat.

Lifeguards responded immediately to try to save them, and in the midst of the rescue, a shark attacked Gobbi’s left leg, the secretariat said.

Rescuers managed to move her to shore, and then to a hospital, but she died later that night.

“The rescuers came in a matter of five minutes, but to us it felt like five years,” Gobbi’s cousin, Daniele Gobbi said.

Shark attacks Texas teen in waist-deep water Bruna Gobbi became the first woman to die from a shark attack in the coastal state of Pernambuco since record-keeping began in 1992.

“We knew there were risks of an attack, but I didn’t think that it would happen in the shallow (water), but in the deep,” the cousin said.

Sharks have attacked 57 people off of Recife’s coast since 1992, according to state data.

Of those, 40% of the attacks happened at Boa Viagem beach.

“We speculate, based on the season and the conditions, that it was a bull shark,” Rosangela Lessa, president of the agency that monitors shark attacks said.

The local government’s security cameras captured the attack and rescue on video.

A lifeguard’s Jet Ski-type craft can be seen approaching the stranded swimmers when a sudden flurry of movement creates a splash around Gobbi, followed by a pool of red around her.

An autopsy will be performed.