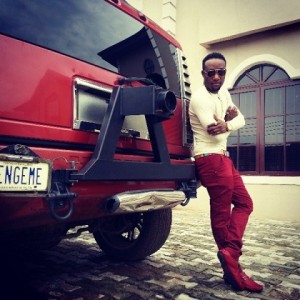 Kingsley Okonkwo started like every other upcoming act in Nigeria – the hard way. In the early 2000s, he met with former partner Presh (Precious John) in a church choir.

They met up with a third member, named the group KC Presh and released their first single ‘Ose baba’, shot a video for it, receiving mild success.

Partying ways with the third member in 2002, the duo entered the first ever edition of Nigerian Breweries STAR QUEST talent show and won, beating the likes of Asa, Psquare, Klint da Drunk, Mr Raw (formerly known as Nigga Raw). As part of the spoils, KC Presh signed a deal with Kennis Music (the biggest record label in Nigeria at the time) and made a big debut.

During their time at Kennis, KC Presh never attained super status, it always seemed like they were one hit away. They soon parted ways with the label and set up shop on their own with KP Records.

Their first installment was the OJB assisted ‘Segemenge’ off the album ‘Sio Nkpo’ which bagged them a Channel O nomination and more fame. But while the likes of D’banj and the Mo’Hits were flying high with chart topping singles and back-to-back hits, KC Presh struggled with their careers.

They tried once again with KCEE’s wealthy brother intervening – they restructured, re-launched the label as ‘Blingz Record’, affiliated with Grafton Records in the South and released a new album ‘No Time’ with the lead single ‘Shokori bobo’. All this however did not result in mega success, in fact the duo’s careers’ imploded.

How KCEE got his groove back

After several attempts to stage a comeback, the duo eventually split on good terms but they continued to stay in the same house for months. That separation seemed to be the break for KCEE who immediately put in work releasing his debut single ‘Now I know’.

He took it from there with bigger hits ‘Okpekete’ (with Davido), ‘Give it to me’ (feat Flavour) all under his new label Five Star Music. The signs were there but it was the huge hit ‘Limpopo’ that shattered all barriers and planted him as a bona fide hit-maker and music star.

Written by R&B singer Harrysong and produced by Del B, the song has turned a once undesired KCEE into a fans’ favourite, darling of promoters. That single hit has ushered him into the A list, with an MTN endorsement deal as icing.

The story here is not KCEE’s new cars (thanks to his bigger brother, he’s always lived a very posh lifestyle) but his struggle and eventual breakthrough.