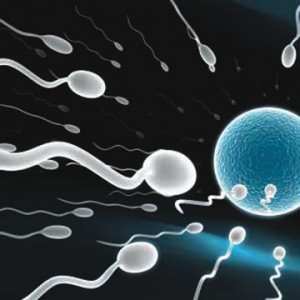 Young men who are not yet thinking of raising a family sometimes take things too far. They engage in some risky behaviours that not only jeopardise their health but the health of their sperm also.

This is not to say it’s only young men that unwittingly toy with their sperm’s health. Adult men do, too, by making unhealthy and unwise life choices that may make it difficult or, sometimes, impossible, to impregnate a woman.

Family physician, Dr. Toun Agbaje, says, generally, sperm health depends on three major factors — the quantity, quality and motility (movement). She says a man is deemed fertile if the quantity of semen he discharges in a single ejaculation is more than 15 million sperm per milliliter.

But how can a man mess up his sperm’s health?

In no particular order, one of the problems has to do with the temperature that the male sex organ is exposed to. Have you noticed the dressing style among the youth? It has become the norm for young men to wear multiple underwears.

Professor of Reproductive Endocrinology, Oladapo Ashiru, warns that raising scrotal temperature may reduce sperm production. He explains that testicles hang outside of the body because optimal sperm production requires a temperature that is one to two degrees centigrade below the core temperature of 37°C.

Certain occupational risks also affect sperm health, we are told. Ashiru warns that working in hot environments, such as a bakery or a foundry, or sitting for long periods has been linked to raised testicle temperature.

“This may affect sperm’s ability to mature, leading to poorer sperm quality and a temporary drop in sperm production. If you have a job that involves sitting for long periods, have regular rest breaks and get up and move around,” the professor of anatomy counsels.

More so, placing the laptop on the laps while working has its downside for men.

Researchers at the State University of New York at Stony Brook say, “There is a direct correlation between laptop use and increased scrotum temperature by up to 35˚C in certain positions.” They therefore counsel laptop users to let it sit on the table when being used.

Men who love tight undies are also advised to take it easy on their organs. Scientists say, “The more constricted a man’s pants are, the less hospitable an environment he creates for sperm production.”

In addition, a 2009 study by the World Health Organisation notes that, compared to normal and overweight men, obese fertile men have reduced testicular function and significantly lower sperm counts.

And if you love the bottle, experts say heavy drinking can be harmful to sperm. A research concludes that men who drink heavily on a regular basis have lower sperm counts and testosterone levels.

Worse still, experts say, those who use ‘recreational’ drugs such as heroin, cocaine, methamphetamine, Indian hemp, etc., risk sperm damage; as these drugs can lower sperm quality and, in effect, reduce fertility.

As for young men who sit for hours watching TV, there’s the need to wise up.

In a study published in the British Journal of Sports Medicine, researchers at Harvard School of Public Health warn that healthy young men who were sedentary, as measured by hours of TV viewing, had lower sperm counts than those who were the most physically active.

Senior author of the study/assistant professor of nutrition and epidemiology at HSPH, Dr. Jorge Chavarro, says “men who watched more than 20 hours of TV weekly had a 44 per cent lower sperm count than those who watched almost no TV.”