Home Metro News I Made Mistakes As President, But They Were “Successful Mistakes” – Obasanjo
Facebook
Twitter
WhatsApp 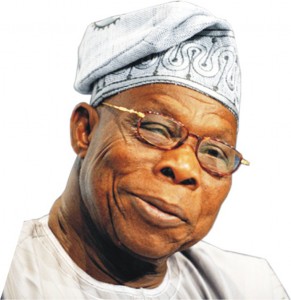 Former President Olusegun Obasanjo on Tuesday admitted making mistakes as Military Head of State and civilian president, but he took responsibility for all his mistakes. He however declared that the mistakes he made were “successful” mistakes.

Speaking during the 50th anniversary lecture in Ibadan, Oyo State, in commemoration of the call to the Bar of Chief Afe Babalola (SAN), Obasanjo, who had been criticised by many and recently accused by a civil war veteran and former Chief of Staff of the 3rd Marine Commando Division, Nigeria Army, Gen. Alabi Isama (retd), of committing numerous blunders during his reign in government, spoke proudly of his mistakes.

“The mother of all the mistakes was that the exposure and involvement of Babalola in the affairs of UNILAG led to the establishment of the Afe Babalola University in Ado-Ekiti.

“If you have not seen ‘instant wonder’, go to ABUAD. Babalola used his experience as the Pro-Chancellor of UNILAG to build what today is the best and fast growing private university in the country.”

Obasanjo spoke highly of the revered lawyer as he inaugurated the extension of Babalola’s Emmanuel Chambers on the occasion.

“There are many Nigerians,” he said, “but, there are not many good Nigerians of Babalola’s sterling qualities.”

President Goodluck Jonathan also spoke reverently of the senior advocate. Represented by Solicitor-General of the Federation, Ahmed Abdulahi, Jonathan described Babalola as a product of courage, perseverance, determination and humility.

The Guest Speaker at the occasion, retired Justice Emmanuel Ayoola, while delivering a lecture entitled, ‘The future of Law in Nigeria’, stressed the need to improve legal education in the country.

“We can only neglect the history of the principles of the common law at a disadvantage. Our law faculties should be fully equipped with the access to jurisprudence and decisions of other jurisdiction to protect our laws.

“We delude ourselves in this country if we believe that, we can be a great nation without a great legal system. The path to the greatness of our nation is through a reliable, efficient, trustworthy and value-driven legal system.”