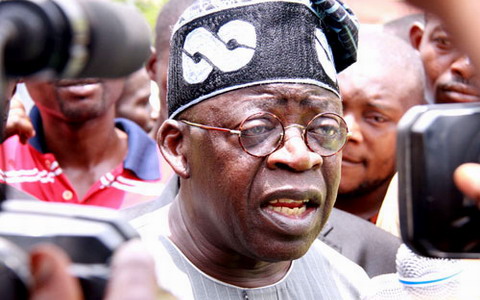 Mrs. Folashade Tinubu-Ojo, whose appointment as the new President-General of Lagos Market Men and Women was greeted with controversy, has denied being imposed as late Alhaja Abibatu Mogaji’s successor by her father, a former governor of Lagos State and National Leader, Action Congress of Nigeria, Senator Bola Tinubu.

Mrs. Tinubu-Ojo, who was speaking while inaugurating a new tomato section of the Mile 12 Food Market on Friday, said her appointment was not political.

According to her, “I was never imposed. It is impossible for anybody to impose anyone on traders. Traders are not politicians. Although we all are political animals, this is not a political office where anyone can be imposed. Besides, before my grandmother died, she gave me the mantle. It was the Iya Oloja before her, late Pele Wura, that appointed her (Mogaji) as the Iya Oloja. I learnt she was about my age then.

“I didn’t even have the idea that this is the responsibility that my grandma wanted to bestow on me, when she said I should go and lay the (market) board for her. I had my ambition but I believe this is the will of God for my life. Even if my grandmother chose me for this position, there would be trouble if God has not said yes to it.”

She enjoined traders to join hands with government to bring about rapid development, adding that it was their joint efforts that could bring about development in the country.

“If we want government to provide amenities for us in the markets, then we also should also pay our taxes as this is a means of generating funds for government. I am not usually happy whenever a market is shut down. I plead with everyone to always observe environmental sanitation in the market in order to avoid such occurrences” the new Iyaloja said.

“More so, it is rainy season and there is usually flood in the area. To avoid flooding, we should clean our surroundings and make sure everything is in order. By so doing, we would encourage the government to attend to our needs.”