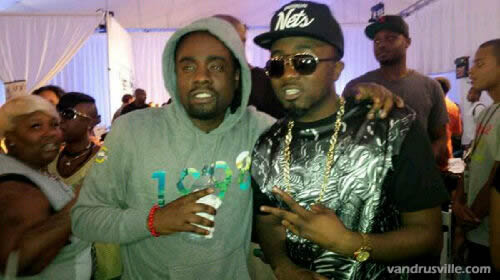 Since his controversial BET Award, rapper Ice Prince has been on a serious hype cruise.

Although his new album is still yet to drop, the “Choc city” rapper been very busy in the U.S making international establishments.

He announced that he would be recording with U.S rapper French Montana and now he has just finished a track with Nigerian-American rapper Wale.