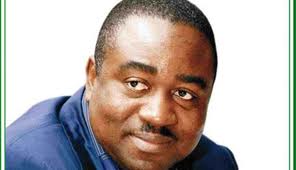 Governor of Benue State Governor, Gabriel Suswam, on Wednesday hinted that he would rejoin his colleagues in the Northern States Governors’ Forum (NSGF) based on some conditions.

Governor Suswam had renounced his membership of the NSGF following the outcome of the Nigeria Governors Forum (NGF) election in May citing disregard for decisions reached by the body as his reason for quitting.

But making a U-Turn while interacting with State House correspondents at the Presidential Villa, Abuja, Suswam said that he would only return to the NSGF if members would begin to abide by decisions collectively reached in the course of meetings.

He said: “I won’t say that I vowed, I would better say that I have issues with the way that things are going. I believe that as a northerner and as one of the present leaders, we should as leaders be able to have confidence and have integrity enough for us to take a decision and follow it through. Once that is absent, I have an issue with that.

“And if I establish that we can now jointly and collectively take a decision on behalf of the north and also on behalf of this country and stand by that decision, then I would have no problem. But for now, I have an issue and that issue to me is germane and as far as I am not satisfied that the issue had been addressed, I maintain my position,” he noted.

The governor, who was at the State House to brief President Goodluck Jonathan on the measures taken so far to put an end to the frequent bloody clashes between farmers and Fulani herdsmen in Benue and Nasarawa States, stated that community committees have been set up in 14 local governments areas in the two states.