Home Politics Immunity Clause’s The Best Thing That Has Ever Happened To This Country...
Facebook
Twitter
WhatsApp 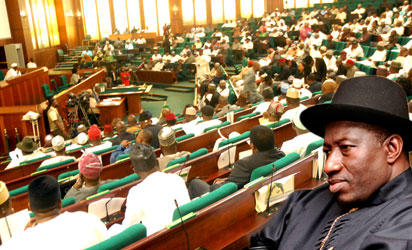 The Presidency on Friday said moves by the House of Representatives to remove the immunity clause from the constitution which shields the President, Vice-President, State Governors and their deputies from prosecution while in office, will fail.

The recommendation for removal of immunity was one of the highlights of the House of Representatives’ Ad hoc Committee on the Review of the 1999 Constitution report, which was presented at Thursday’s plenary session by its chairman and deputy speaker, Mr. Emeka Ihedioha.

The committee based its recommendation on the demands of Nigerians during the November 10, 2012 People’s Public Sessions on the constitution review.

The Presidency, while rejecting the proposal, said the retention of the immunity clause in the constitution was the best thing that could happen to the country.

Special Adviser to the President on Political Matters, Dr. Ahmed Gulak, who made the Presidency’s position known on the matter, argued that if removed, unscrupulous persons hell-bent on distracting public officials out of sheer envy would capitalise on it to cause distraction in the system.

Gulak said, “The planned removal of the immunity clause will count, the recommendation will not sail through.

“The President, vice-president, governors and their deputies really need immunity. Immunity is the best thing that has happened to this country today.

“These public office holders should not be distracted. The removal of immunity will expose them to frivolous litigation by unscrupulous elements that want to get at them out of sheer envy and not based on constructive criticism.

“Removal of immunity will not be good for this country. The recommendation will fail” he reiterated.