Governor Abdulaziz Yari Abubakar of Zamfara State said his administration has purchased weapons for distributions to vigilante groups following the incessant killings in the state by unknown gunmen.

Governor Yari said the rifles, which have been purchased, are in custody of security agents in the state awaiting approval for disbursement. 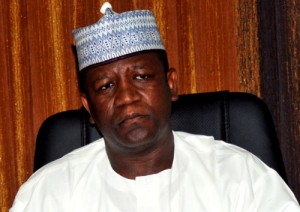 “I could remember that I made the promise  at Kabaro village when I went there to commiserate with the community after gunmen attacked and killed about 20 residents in November last year and we have now fulfilled that promise”, he said.

He, however, maintained that the arms are for self defence only, adding that his administration would ensure speedy and adequate disbursement of the rifles.

“The problem is that the Federal Government would not want too much concentration of  weapons whether light or heavy in the hands of the public, but I know that there are laid down procedures and rules for giving arms to members of the public. Security operatives are not enough to protect the lives and property of our people because the number of police in Zamfara State is not more than 5,000 and our population in the state is about four million. Therefore, I believe that arming our local vigilante members will help in dealing with the situation because there are some vigilante members who have under gone military or paramilitary training and they possess the mastery and skills in handling weapons”, Yari added.

The governor maintained that it is the responsibility of security agents to protect the lives and property of the citizens and warned people of the state against taking laws into their hands.