Nigerian entertainer, Denrele Edun has been the source of quite a few controversies. 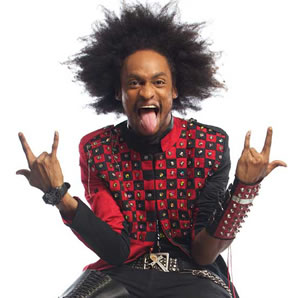 One of which is the question of his sexuality. Perhaps, due to his feminine and flamboyant nature, a lot of people have wondered if he is indeed homosexual.

He addresses the rumors below;

I think people believe what they want to believe.

But a lot of people believe you are. And to prove them right, a picture of you Charley Boy went viral on the internet recently…

I don’t read the news, I make the news. The thing is people tend to look for loopholes when they see you doing well. And since people feel I’m feminine in nature, then they think I’m gay. But the truth is I don’t really care about what people say because I’m not fashioned according to what the society expects. And also I think for my personality, if I were gay, the news would have grown from speculations and would have been in people’s face.

On the part of Charley Boy and me, I was not expecting the paparazzi that came with the picture.

So what was the picture about then?

So why is Denrele still single?

I’m a hustler and I’m still trying to get myself together. When the time comes, I’ll get married definitely, but there’s no one in the picture now. I’m searching and ready to mingle.

Who is your ideal woman?

“I like someone who would not try to change me and who would understand the complexity that I am. I want someone simple and absolutely free and not intimidated by what I represent.”

It will probably be interesting to know that he did not outrightly deny being gay, and he avoided pronouns when replying the question regarding his ideal “woman”.

Anyway, check out the infamous pictures of him and Charly Boy below. And as for his sexuality, looks like he will continue to keep us guessing.