France’s so-called “Burqa-ban” has once again been making headlines across the globe in recent days after riots were sparked in a Paris suburb when a Muslim woman was stopped by police. 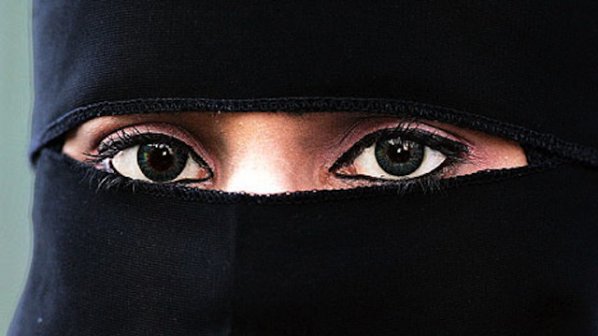 On Monday the French government defended the controversial law. France’s interior minister moved to defend the country’s controversial ban on full-face veils after it triggered yet another bout of unrest outside Paris, which he said had now been “contained”.

The weekend violence in the suburb of Trappes erupted after a man was detained for allegedly attacking a police officer who had stopped his wife over her full-face veil — a practice that is banned in France, outraging many in the Muslim community.

“The law banning the full-face veil is a law for women… It is not for a second a law against Islam,” Manuel Valls said.

“It is a law against practices that have nothing to do with our traditions and our values, and the police did their work perfectly well.”

France, home to Europe’s largest Muslim population – estimated at 5 million – has banned women from wearing full-face veils in public since April 2011, and authorities say about 300 women were caught breaking the law in the first year it was in force.

Violations are punishable by a fine of up to €150 ($200) or mandatory citizenship training, and the ban has caused huge resentment and has led to flare-ups of violence.

It has also led to landmark court cases, such as that of the nursery assistant who was sacked for refusing to remove her Islamic head scarf. The decision was later annulled by an appeal court, on the grounds of religious “discrimination”.

There have also been cases, albeit rare, of citizens taking vigilante action against Muslim women for wearing veils in public. Recently it was reported that a pregnant Muslim woman lost her baby after being kicked in the midriff by one such vigilante.

Later on Monday French Prime Minister Jean-Marc Ayrault said the weekend violence was “unacceptable” and called on everyone to respect the law.

Speaking in Grenoble, Ayrault said: “We are a state of law in a republic and the law must be respected by all… it is the role of the police and the role of justice to enforce it. Laws cannot simply be enforced by waving a magic wand.”

French prosecutors say the husband of the Muslim woman who was stopped last week allegedly attacked and tried to strangle the officer.

Valls said it was “unacceptable that someone would want to avoid being stopped and worse still attack the police”. Valls said he had no doubt that the police maintained a respectful attitude during the stop.

But in a statement released on Monday, the man’s lawyer denied the allegation, saying it was “false” without elaborating.

The man, identified as Mickael, was released from custody on Saturday and is due to appear before a court in September.

France’s Collective Against Islamophobia in France (CCIF) has denounced the “strong arm” action of the police, which they said was “violent and provocative”.

On its website CCIF published a statement made by the woman in which she details her version of events when police pulled her aside.

“I turned and I saw my husband held on the ground by two policemen who were putting him the handcuffs.

“Once in the police car, they yelled at us like we were animals. They threatened my husband: ‘What are you gonna do now, uh! Bastard!’ with their clenched fists.”

“Once we arrived at the police station, people called me “a ghost” (because of the full-veil).”

In a statement on their website the CCIF added: “We ask the police forces to fulfill their mission to protect the population, without intimidation or provocation.”

A similar outbreak of unrest occurred last month when authorities stopped a 25-year-old woman who was wearing a full-face veil in Argenteuil, a suburb northwest of Paris.

An angry crowd gathered and police fired tear gas and rubber bullets to disperse them.

Various politicians from France’s right-wing parties have blamed the veil riots on a lack of integration and said the Socialist government has done nothing to help.

Marine Le Pen, head of France’s far right National Front party said “These kind of riots have been increasing for years, both under the UMP and Socialist governments.

The French Republic has too weak a hand: due to the laxity of various governments it is losing its power struggle with the thugs, the Islamists and the ringleaders.”