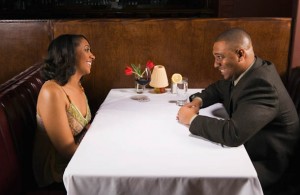 Still, most guys will want to pay on the first date (men have rules too). But after date numero uno, “it’s all about the ‘new fifty-fifty,’” ….Did he buy dinner? Reciprocate by covering drinks and treating for the next meal out.

Do you really need another dating guide? In a word: Yep. Today, the average age of a woman’s first marriage is 27 (compared with 20 in 1960). That means the boy-meets-girl dating rules you learned from your mom and have been vaguely following since you were a teen need to be updated. And in a time of ever-changing social mores and social media, romance is more confusing than ever (“Is it weird if I tweet at him?”). WH spoke with psychologists, scientists, and dating experts to give you a truly modern love manual.

Bend It: Insist on paying. Unless, of course, you’re looking for a sugar daddy and don’t care about having an egalitarian relationship. OK, that’s a bit dramatic, but point is, you want to set the tone that you’re an equal partner—and contributing financially does that, says Chiara Atik, an expert with online dating and relationship site HowAboutWe.com.Still, most guys will want to pay on the first date (men have rules too). But after date numero uno, “it’s all about the ‘new fifty-fifty,’” says Atik. That doesn’t mean going Dutch (laying down two credit cards after a candlelit meal is about as romantic as flicking through your Instagram feed mid-date). Instead, find other ways to pony up. Did he buy dinner? Reciprocate by covering drinks and treating for the next meal out.2. The Rule: Don’t rush to contact him (you’ll seem desperate).
Break It: Text within 24 hours. The beauty of a speedy text: It’s efficient for making plans to see him again and a key to flirting for shy girls. Here, a few guidelines on the other forms of reaching out:Call: After three or four dates.E-mail: Skip it if you’re sending a “Hey, what’s up?” type of message (texting is better for this). But go for it if you want to send him a link to an article you think he’d like—as soon as the day after the first date.

Instant message: Don’t. Once you start, it’s difficult to stop, and long conversations should be done in person while you’re getting to know each other.

Facebook: Friend him after two dates (after all, you’d be creeped out if he friended you the minute he got home from your first date). But don’t post on his wall until you’re in a few of his photos.

Bend It: Have sex when you both want the same thing from the relationship. There is a reason for the no-sex-on-the-first-date rule, but it’s not to protect your chastity. Delaying sex gives you time to figure out if you’re both looking for the same type of relationship before you wind up physically entangled.But it’s your brain—and not a seemingly arbitrary date number—that’s the best guide. A University of Iowa study found that a horizontal evening early on in a relationship doesn’t doom it, as long as both of you are looking for more than a FWB. (Likewise, if what you both want is a regular booty call, then by all means, get it on.)4. The Rule: Never date a coworker.
Bend It: Date a coworker. . .at your own risk. We get it: When you spend three-fourths of your life at work, your chances of meeting someone there just might be better than meeting him in the outside world. “Today, work and social lives blur together, so it’s less taboo to date in the office,” says Jeremy Nicholson, Ph.D., a psychologist who studies dating. (Proof: According to a Workplace Options survey, 84 percent of 18-to 29-year-olds say they would date a coworker; only 29 percent of 46-to 65-year-olds said the same.) Keep in mind that dating at work is one thing; running your own version of The Bachelorette is another. Also, check your company’s policies—some don’t allow it.5. The Rule: Living together before marriage is a good way to road-test the union.
Break It: If you want to get married, then shack up, but only if you’re engaged. Even in the age of rampant shacking up, couples who lived together before marriage were more likely to divorce, but the research has changed. A study done at Bowling Green State University found that couples who lived together before marriage stayed married for as long as those who didn’t move in together before saying “I do.” Sociology professor and study coauthor Wendy Manning, Ph.D., says the key is not sliding into cohabitation. “Couples who have plans for marriage at the time they move in together usually end up being more successful,” she says. “But if neither of you wants to get married, that’s fine too. The important thing is that neither of you is disillusioned.”The same is true of “stay over” relationships, where you spend most nights at one of your places (and keep items like a spare set of work clothes there) but haven’t officially moved in. You don’t want to think you’re doing so because it’s a stepping stone to a wedding, while he thinks it’s cool you have HBO.6. The Rule: You should focus on one guy at a time.
Break It: Don’t take yourself off the market prematurely. ”Until you and the guy you’re seeing mutually decide to be exclusive, there’s no reason to turn down other dates,” says Atik. “It’s actually smart to see other people because it keeps the pressure and expectations surrounding one person from getting out of control.”You’re not obligated to tell any of the guys that they’re not the only man in your life—unless, maybe, there’s more than one man in your bed. Your best bet here, says Pamela C. Regan, Ph.D., a psychology professor at California State University at Los Angeles, is to have a grown-up conversation about the topic of multiple sex partners. . .and to always practice safe sex.