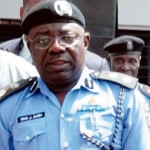 The Lagos State Police Command Friday expressed hope that a yet-to-be identified Briton kidnapped by gunmen this week along the Murtala Mohammed Airport Road, would soon be rescued.

The British national, according to the British High Commission in Lagos, was said to have just arrived the country via the Lagos airport when he was abducted with the driver of the vehicle he was driving in, shot by the gunmen; but he survived.

She said: “When the information filtered in, the state Commissioner of Police (Umaru Manko), detailed a crack team of investigators to unravel the incident and rescue the victim from the clutches of his abductors.

“As I speak to you now, we are on the matter and I believe that he would soon be rescued but I don’t want to go into details for security reasons so as not to jeopardise the case.”