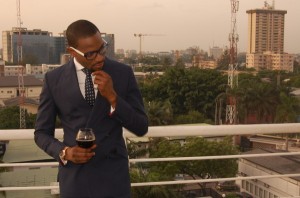 Over the past few years, the Hennessy Artistry, a worldwide musical platform organised by Hennessy to celebrate the vibrant multiculturalism of different genres, has been headlined by the cream of the crop of the Nigerian music industry. It has been headlined by the likes of Ice Prince, M.I Abaga, Naeto C, Eldee, Banky W, Tiwa Savage and Sir Shina Peters, just to name a few.

And, as the number of headliners has been reducing over the years, this year, 2013′s edition has only one and he’s none other than the effervescent Koko Master D’Banj.

This year D’banj will be leading a fine selection of some of the trendiest artistes in the Nigerian music industry today on a series of club tours across Lagos, Port Harcourt and Abuja; but, not before the official theme song is released in a few weeks time.

Here’s what Lere Awokoya, Brand Manager Hennessy Nigeria, had to say about the big news:

“Any music lover  who has been following the urban trend for the past two decades will confirm that Hennessy is a major part of the entertainment industry. This is even more apparent when you narrow it down to the Nigerian urban music industry in the past five years. With Hennessy Artistry 2013, we are blending the music and the lifestyle in a way that we have never imagined before. The end product as been designed to make you inspired.”