A female student has been expelled and six others suspended from school for holding a prayer meeting after school hours at a Lagos public school, Gaskiya Senior College, Badia by the school authorities. 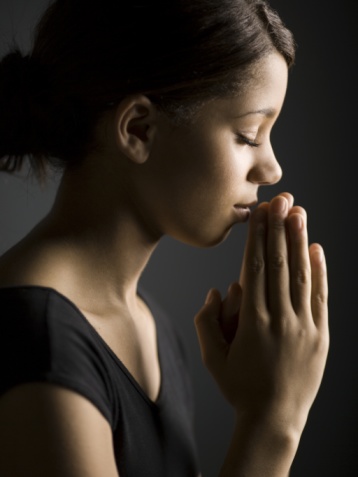 The students, who are executive officers of Christian Students Union in the school, were also allegedly branded as cultists by the principal of the school, Mrs. Shobowale.

The names of the affected students,  all in Senior Secondary School 2, are John Otega, Michael Change, Valentina Okoye, Valentine Okoye, Faith Okolie, Chidinma Chidozie and Jennifer Emmanel, who was expelled from the school.

The affected students have denied the allegation, claiming that they were being persecuted by the school authorities because of their faith.

It was gathered that 12 students of the fellowship were holding their prayer meeting on Tuesday, 2 April when the principal saw them around 5 p.m. and ordered the school’s security guard to tell them to leave the school premises.

When he went to meet them, the students claimed that they told the security guard to give them a few minutes to say their closing prayers before leaving but the guard who is not fluent in English reported to the principal that they refused to vacate the school premises.

The students also denied the principal’s claim that the expelled student, Jennifer slapped her and the security guard. They insisted that Jennifer mistakenly hit the principal while praying because she closed her eyes and was moving her hand around during the closing prayers. It was alleged that the next day (3 April), the principal paraded the 12 students during the morning assembly as cultists, an allegation they denied.

The students were initially suspended for seven days but were given indefinite suspension on 7 May, while the school prefects among them were allegedly relieved of their posts in the school. Following the incident, the parents of the affected students were said to have begged the principal to recall the students, but to no avail.

The matter was reported at the Education District IV. In a letter sent to the district with the heading: “Re-emergence of Cultism in School”, the school management alleged that the students were cultists.

Parents of the five students in SS 3, were also told to report to school with their children when they were sitting for the West African Examination Council, WAEC, as the school authorities said they had to be monitored because of their action.

The parents were told to accompany their children to school throughout the duration of the examination and must leave the school compound together immediately after the examination.”

In a letter  written by the parents they accused the school principal of persecuting their children who are devoted Christians and  could not have been involved in cultism.

“Our students are still at home doing nothing. What has these Christian students done to deserve this humiliation?  If this is how school principals are, we think such principals do not deserve to be principals and should be sacked,” they said.

The aggrieved parents want the state government to invite all affected people in the matter to the government secretariat so that the truth could be known, claiming that  their children could never have been engaging in cult activities in broad day light.

A Christian-based organization has also urged the state government to investigate the matter and pursue the issue to a logical conclusion.