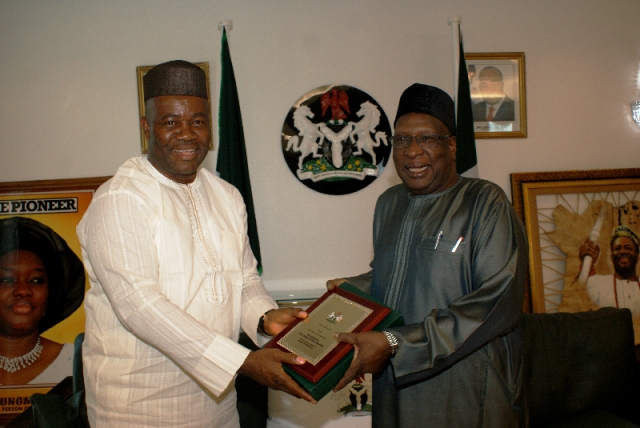 About 11 governors were yesterday conspicuously missing at the Peoples Democratic Party (PDP) Governors’ Forum meeting, which held in Abuja.

The meeting, called by chairman of the Forum and governor of Akwa Ibom State, Mr Godswill Akpabio, did not commence until around 8pm – five hours later than the scheduled time.

Plateau, Kwara and Gombe States governors were represented by their deputies.

Those missing at Wednesday’s meeting were the five northern states governors, who have vowed not to recognize the emergence of the Forum which they see as an attempt by the presidency and leadership of the PDP to break the Nigeria Governors Forum (NGF) under the leadership of Rotimi Amaechi are: Rabiu Kwankwaso (Kano), Sule Lamido (Jigawa), Murtala Nyako (Adamawa), Aliyu Wamakko (Sokoto) and Babangida Aliyu (Niger).

Speaking with newsmen shortly after the end of the meeting, Addressing Akpabio said the poor attendance was due to a short notice given to the governors as the meeting was an emergency session.

“We sent out the notice only yesterday (Tuesday). Besides, some of our colleagues had left the country for Saudi Arabia for Umrah (the lesser hajj),” Akpabio said.

The meeting discussed the forthcoming special national convention of the party and South-West zonal congress with a pledge by the PDPGF to cooperate with the national chairman of the party, Alhaji Bamanga Tukur, to ensure its success.

The Forum also discussed the fracas in Rivers State House of Assembly with a call on the state lawmakers to sheath their swords.

Akpabio also disclosed that the Forum agreed on rotation of venue of its meeting among its members with Bayelsa State picked to host the next meeting.