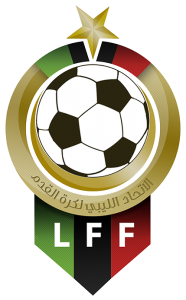 Libya’s international woman’s football team, already under threat from religious extremists, has been banned from taking part in a major tournament next week by the country’s sporting authorities.

In a move likely to raise questions about its commitment to equal rights, Libya’s football association told the team it cannot fly to Germany on Saturday, citing concerns that it takes place within the holy month of Ramadan.

“The federation said you cannot play in Germany because of the need for fasting,” said midfielder Hadhoum el-Alabed. “We want to go but they say you cannot go.”

Libya had been due to play teams from Egypt, Jordan, Lebanon, Palestine, Tunisia and Germany in Discover Football, a tournament funded by the German government. It is billed as the biggest gathering of Middle-Eastern women’s footballers since the 2011 Arab spring.

El-Alabed, at 37 the oldest player in the squad and who played in Liverpool while earning a Phd in sports science, said the ban had shattered hopes that the fall of Gaddafi would bring social change. “Other teams can play [in Berlin], so why not us? If you could see the girls, when they were told, they were all crying.”

After initially giving permission for the tournament, Libya’s FA changed its mind. “It is Ramadan,” said the FA general secretary, Nasser Ahmed. “We are not against women playing football.”

Threats from Islamist radicals have already forced the team to train in secret, constantly switching venues and deploying armed guards.

In June, Ansar al-Sharia, the militia linked by some with the killing of the US ambassador, Chris Stevens, in Benghazi last September, issued a statement saying it “severely condemned” women’s football

“This is something we cannot have because it does not confirm with sharia law,” it said. “It invites women to show off and wear clothes that are inappropriate.”

Salim Jabar, one of Libya’s most popular television preachers, has demanded the women’s team disband, saying it was against the strictures of Islam.

“This team consists of tall, good-looking young girls, and that’s the last thing this country needs,” he said in a sermon broadcast from his Benghazi mosque. “For the first day that she (a Libyan woman) signed up for this team, she has sold herself and brought shame on her family.”

Women’s football was allowed during the Gaddafi regime, but only in reduced format with teams playing in gyms to be out of the public eye in this conservative Muslim country. Since the revolution, the international team has been allowed to play 11-a-side, but its higher profile has made it a lightning rod for extremists.

“They (radicals) say to us you are no good, they intimidate us,” says team captain Fadwa el-Bahi, 25.

At one training session, the location of which the Guardian was asked to keep secret, the team coach, Emmad el-Fadeih, said the women had already met strict FA guidelines. All play in head-to-foot blue tracksuits rather than shorts add T-shirts, and most wore the hijab.

El-Fadeih said the team had complied with FA rules that only unmarried women could travel to Germany, and then only if their father or guardian gave written permission.

“There are groups like Ansar al-Sharia who don’t want them, some people say football is not suitable for women,” said el-Fadeih.

Fears of a backlash also saw team members refuse to be photographed for the tournament website. “They don’t want their faces displayed,” said Naziha Arebi, a British-Libyan filmmaker. “These women just want to play football.”

El-Bahi, a geophysics graduate, insists nothing in the Qu’ran bans women from sport. “The prophet (Muhammad and his wife used to run together and compete with each other.”

She said the authorities should be highlighting the role women’s football plays in fostering togetherness in a country wracked with militia violence. “This team is an example of reconciliation,” she said. “We have former Gaddafi girls and former rebels, side-by-side.”

Rights groups say the problems facing Libya’s women footballers are part of a larger struggle by women who have struggled to win their rights. This month Libya’s congress, dominated by the Muslim Brotherhood’s Justice and Construction party, gave just six seats to women in a 60-strong commission formed to write a new constitution.

Tournament organisers say Libya’s place will remain open. “We have heard that the football association decided that they are not allowed to go,” said Discover Football spokeswoman Johanna Kosters “We will wait and see if they get on the plane.” [Guardian]