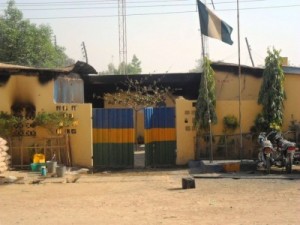 A middle age man, Godwin Idon, allegedly beat his wife, Marvis Idon, to death for killing a snake inside their home in Uzebba-Iuleha, Owan-West Local Government Area of Edo.

The News Agency of Nigeria reports that serious quarrel ensued between the couple after one of their sons had allegedly killed a snake in their living room.

The husband was said to have been infuriated by the action which he described as a taboo in the community.

After a week of quarrel, the wife in company of her mother-in-law decided to seek the intervention of a native doctor to know the implication of the son’s action.

It was when she returned that the husband accused her of foul-play and subsequently hit the wife on the head with a plank during a fight before the women collapsed and died.

The remains of the deceased, who died on the spot, had been deposited in a morgue in Sabongidda-Ora, headquarters of the council.

The Police Area Commander, David Jimwang, who confirmed the incident, said that the man has been arrested and transferred to the state police command, Benin for further investigation.