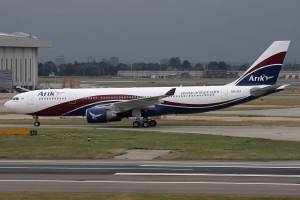 The passenger accompanied by his wife and his brother was confirmed dead at the Aviation Clinic where he was rushed to for medical attention.

According to sources, the passenger slumped at the front of the Departure Hall when he slipped off the ground and started bleeding from his nose and ears before he was rushed to FAAN’s hospital where he was confirmed dead.

Confirming the unfortunate incident, General Manager, Corporate Communications of the Federal Airports Authority of Nigeria, FAAN, Mr. Yakubu Dati, said the passenger was accompanied by his wife andcbrother when the incident occurred, noting that they both proceeded to Owerri after the incident.

“At about 0600 hours, a transit passenger on Arik flight en route Lagos-Owerri from London, slumped at the entrance of the Departure Hall, Terminal 1.

“He was immediately rushed to the Aviation Clinic where he was confirmed dead. The passenger’s wife and brother who were with the deceased later proceeded to Owerri,” Dati said.

Arik Airline has however debunked the claim that it was one of its passengers that slumped and died at the airport, claiming that such incident never happened to any its passengers.

Mr. Adebanji Ola, spokesman of Arik Airline, said the airline was not aware of such incident, arguing that none of the airline’s passenger was said to have died at the airport yesterday morning.

“We are not aware of such a thing; none of our passengers died today (yesterday),” he said.

“Ask the vendor or people where you got your information from, let them tell you where the person was going to, and on which flight the passenger boarded.

“As far as I am concerned, such an incident did not happen today to any of our passengers.”