A 51-year-old Indian expatriate was found unconscious at Sharjah International Airport on July 3, 15 hours after his flight took off, according to reports.

Sambandan Siva is currently in a coma at Dubai’s Rashid Hospital. His condition is critical, his employers said.

Siva, who works with the UAE-based Al Huraiz Group, had taken a month’s leave to go to Chennai in India as he was not keeping well. He was booked on an Air Arabia flight on the evening of July 2.

His employers said Siva had completed check-in and immigration and was waiting to board his flight when he fell unconscious. But it was not until the next morning that he was discovered in that state.

A group official told newsmen; “Siva was to reach Chennai at 2.30am on July 3. But his family called us at around 6am asking us why he had not arrived.

“We were shocked because as far as we knew, he had even cleared immigration.”

Realising something was amiss, Siva’s employers contacted the airline and airport authorities.

“An airport official took his details from us and went in the airport to search for him. At around 11.30am, we were informed that he had been found and was in bad shape. They cancelled his immigration check and handed him over to us. We immediately rushed him to Rashid Hospital,” he said. 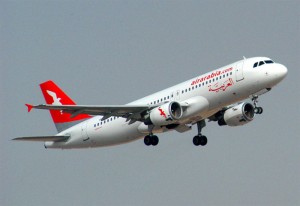 Siva’s employers are shocked that he went unnoticed for 15 hours.

In a complaint to airport authorities, a company official said: “I really don’t know whom I should blame, the airport authority who didn’t notice [him] for 15 hours or the airline which didn’t bother to check for the passenger after issuing the boarding card.”

He said the airport authority had assured the company that they would look into the matter and take necessary action.

The Al Huraiz official said: “We as a society need to be more alert. Had someone noticed Siva earlier, he could have received timely medical attention and perhaps his condition would not have deteriorated to such an extent.”