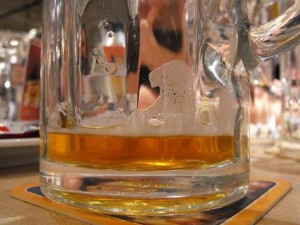 But then Gracia began vomiting — and didn’t stop.

Witnesses believed he was suffering alcohol poisoning and contacted emergency services. By the time medical personnel arrived, Gracia was reportedly in cardiac arrest. The 45-year-old passed away shortly after his arrival at the hospital.

Murcia Mayor José Manuel Gracia told local newspaper La Verdad that the winner had only consumed two to three liters during the contest, much less than previously reported.

Although it appears Gracia’s alcohol consumption was a factor in his death, officials have not yet released a specific cause.

The annual drinking festival, held in the Gea y Truyols district of Murcia, has been held for more than 15 years. For the competition, contestants drink as much beer as possible in 20 minutes.

In light of the tragedy, organizers say future festival plans have been suspended.