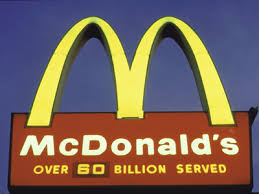 At 92, Sara Dappen certainly has earned her retirement years. But this nonagenarian can be found working at the Story City McDonald’s in Iowa, and there’s a good chance she’s the chain’s oldest employee anywhere in the world. A story in the U.K. newspaper the Sun earlier in the month claimed a North Wales man held the title at 88. But at 92, Dappen has him beat. Dappen cleans tables and keeps the restaurant neat but, according to local station  KCCI, her favorite thing is talking to the customers. “I thought it was more interesting to keep walking around here than to be walking up and down the street, and this keeps me from sitting,” Dappen, who has worked at the restaurant for five years, told KCCI. Born in 1920, the Iowa resident was part of the 1938 graduating class at Story City High and the 1942 class at Iowa State University, the Daily Mail reports. Now, she puts on the red uniform of a McDonald’s worker. “I think it’s crazy and she’s going to last to be like 110 working at McDonald’s,” McDonald’s department manager Elizabeth Holmes said.