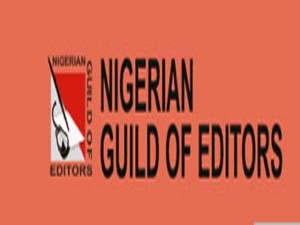 Efforts by some groups to revive some provisions of the Nigerian Press Council, which a competent court of law had voided has been condemned by the Nigerian Guild of Editors, NGE.

In a communique by its President, Femi Adesina, and General Secretary, Isaac Ighure, the Guild expressed worry that the mass media were operating under difficult conditions and urged Federal Government to intervene.

“The NGE notes the efforts by certain groups to revive some provisions of the Nigerian Press Council, which a competent court of law had voided.

“The Guild urges that the judgment of the court in this regard should be respected by all concerned, lest it becomes tantamount to an attempt to gag the media.

“On May 4, World Press Freedom Day, Federal Government withdrew a case against two journalists with the Leadership Newspapers.

“The Guild notes with concern the recent re-arraignment of the two journalists and is of the position that the considerations that made the Federal Government to withdraw the case in the first instance should subsist.

“The Guild is worried that the media are operating under difficult conditions because most of their input are imported and therefore are subject to the vagaries of foreign exchange.

“The Guild notes with dismay the recent conduct of some political leaders, which has the tendency to derail the country’s hard-earned democracy.

“The Guild urges political leaders to conduct themselves in a manner that will not engender the highest democratic ideals.

“The Guild is of the position that all parties involved should return to the negotiation table to resolve all outstanding issues in the interest of the students, who are future leaders of the nation,” the communique read.