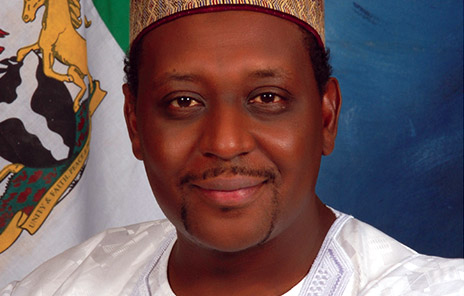 Dr. Muhammed Ali Pate, Minister of State for Health earlier today voluntarily resigned his position from the cabinet of President Goodluck Jonathan with effect from Wednesday.

In his resignation letter to Mr. Jonathan, Dr Pate said his decision was hinged on his desire to take up the position of Professor in Duke University’s Global Health Institute, USA.

According to the Minister, in his new capacity, he would be actively involved in a university-wide Africa initiative which will also see him serve as Senior Adviser to Bill and Melinda Gates Foundation based in Washington DC.

President Jonathan has since accepted the resignation and hailed Dr Pate’s new appointment as a pointer to the fact that his choice of members of cabinet was a well thought out decision.

His letter to the president read in part: “As we have discussed, I wish to offer the continuation of my service on part-time basis as chairman of the Presidential Task Force on Polio Eradication and the public-private coalition for Saving One Million Lives Initiative, if you agree, in fulfillment of my previous commitments to see to conclusion of these important national priorities. This may entail an honorary advisory role reporting directly to you progress at least on quarterly basis”.

In his reaction, Special Adviser to the President on Media and Publicity, Dr. Reuben Abati, told State House correspondents that in accepting the minister’s resignation, Mr. Jonathan was highly elated that his star-studded cabinet was attracting required global attention, adding that the appointment was viewed by the president as a plus for the administration and the country.

“The minister’s new commitment is seen by the President and his cabinet as good news. It is a further proof that this cabinet is full of stars” Abati said.

“The cabinet is full of very distinguished men and women; people with not only national but also international recognition.”

He added that “The President congratulated the minister and accepted his offer to continue to serve on a part-time basis as honourary adviser.

“It is a positive development that we have people who are recognized globally. Pate has served this country for five years, first as the Chief Executive of NHPDH and later Minister of State, Health. His work is appreciated worldwide. His appointment is a plus for the administration and the country” the president’s spokesman noted.