Universities in Nigeria have been shut down by striking lecturers demanding for better working conditions. 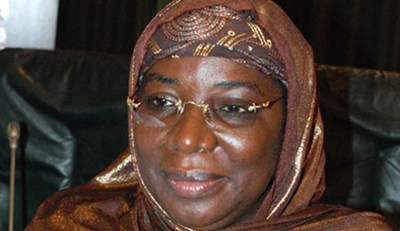 The National Association of Nigerian Students, NANS, displeased over the lingering crisis between the Academic Staff Union of Universities, ASUU, and the government has called for the removal of the Minister of Education, Rukkayatu Rufai.

The president of the association, Prince Miaphen, made the call on Tuesday, during a press conference on the ongoing ASUU strike, adding that the minister has exhibited incompetence in handling the matter.

“For the clear incapacitation of the Minister of Education, Prof. Rukkayatu Rufai, in handling the incessant and instability in the education sector, NANS calls for the immediate removal of the minister of education and replacement of same with more competent hands,” Mr. Miaphen said.

He said the strike was affecting Nigerian students negatively and has caused major setbacks in the educational sector.

He called for the prosecution of the culprits.

“We in NANS wish to state in clear terms that the attack is barbaric, so unacceptable and a clear case of man’s inhumanity to man,” he said.

The students’ union leader also called for the prosecution of police officers and all others persons involved in fuelling the political crisis that has enveloped the Rivers State House of Assembly leading to the hospitalisation of some members of the state legislature.

According to Mr. Miaphen, the alleged introduction of thugs and cultists to allegedly harass some members of the State Assembly, who are believed not to be in support of the state governor, Rotimi Amaechi, was uncalled for.

“More disturbing is the use of thugs\cultists with the aid of the Nigerian Police Force in intimidating the governor, Rt. Hon Rotimi Amaechi, and all his aides alongside his supporters.

We wish to totally condemn the calculated attempts by five legislators to hijack the legislative arm of the Rivers State House of Assembly, thereby claiming majority over 27 others,” said Mr. Miaphen