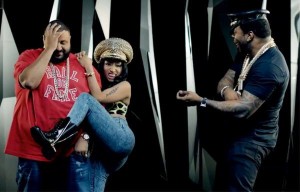 By now, I bet you have all heard about DJ Khaled’s public marriage proposal to female rapper Nicki Minaj.

Unfortunately for DJ Khaled, his proposal wasn’t just turned down but he won’t be seeing Nicki Minaj’s face for a while. 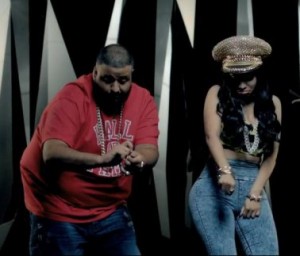 Well, according to famous media outfit –  MediaTakeOut; Nicki Minaj has responded to Khaled’s proposal with a restraining order. The restraining order was taken out in New York City yesterday.

According to Reports, this isn’t the first time Khaled has professed his infatuation with Nicki, the DJ has allegedly sent Nicki flowers in the past, as well as random packages, and constantly shows up to her concerts all across the country, according to the report.

But now things got serious when the producer/rapper proposed to the Young Money beautifully endowed rapper in front millions of fans.