The billionaire was accused of corruption by a civil society group. 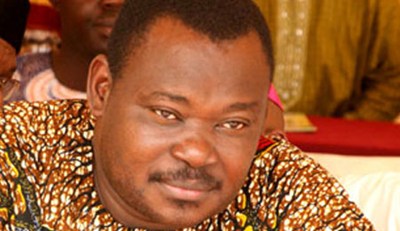 According to the reports, embattled owner of Air Nigeria, Jimoh Ibrahim, was not allowed to speak at an anti-corruption conference organised by the Central Bank of Nigeria in conjunction with the Nigerian Police and the London Metropolitan Police.

A civil society group, Civil Society Network Against Corruption (CSNAC), had petitioned the British Government not to allow Mr. Ibrahim speak at the conference, in which he had been pencilled down as a speaker.

The group had listed several cases of corrupt activities Mr. Ibrahim was allegedly involved in and advised the British Government not to allow the billionaire be part of such a conference.

“We believe that the United Kingdom citizens will be concerned to note that the Metropolitan Police, funded through their taxes is associated with co-organising a programme with such personality as a resource person.

It is our assumption that the British Government and people are not in league with these institutions in legitimizing fraud and corporate mismanagement through this event.”