Home General News World news No One Has A Secret On The Internet With US Spy System...
Facebook
Twitter
WhatsApp 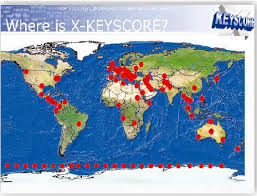 A secret surveillance system known as XKeyscore allows US intelligence to monitor “nearly everything a typical user does on the internet”, according to leaked documents.

The paper said the existence of XKeyscore proves the truth of Snowden’s earlier claim, denied by some US officials, that before he left the NSA he could “wiretap anyone, from you or your accountant, to a federal judge or even the president, if I had a personal email”.

On its website on Wednesday, The Guardian published a batch of slides from what appears to be an internal US intelligence training briefing laying out the capabilities of the XKeyscore program.

The paper had blacked out four of the 32 slides because “they reveal details of specific NSA operations”, but the rest lay out the operation of the program in detail.

The slides are marked “Top Secret” and restricted to authorised personnel from the US, Britain, Canada, Australia and New Zealand. They were produced in 2007 and not due to be declassified until 2032.

According to the slide, XKeyscore allows US spies to monitor in real time the emails, web browsing, internet searches, social media use and virtually all online activity of a target.

The system’s computer infrastructure is based on a “massive distributed Linux cluster” and has 500 servers distributed around the world.

A map included in the briefing suggests that these servers are located all over world on every continent, on the territory of US allies and of rivals like Russia, China and Venezuela.

Where XKeyscore appears to differ from other US surveillance programs that have already been revealed is that it can index and make searchable virtually any online activity.

“No other system performs this on raw unselected bulk traffic,” the document boasts.