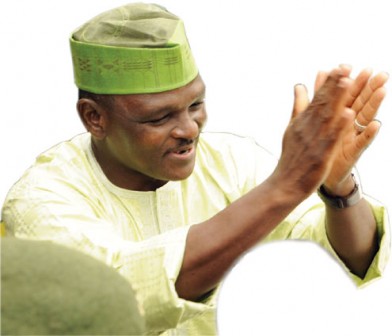 The Nigerian Army yesterday debunked wide spread reports that recently released Major Hamza Al-Mustapha would be promoted and decorated with the rank of a Brigadier General.

The denial was contained in a statement by the Director of Army Public Relations, Brigadier-General Ibrahim Attahiru, who said there was no truth in the report.

The Army spokesman noted that all administrative procedures in respect of the Army are guided by extant administrative rules and guidelines covering the entire Nigerian Armed Forces.

The statement reads: “The attention of the Nigerian Army has been drawn to an erroneous publication being circulated on the Internet about the decoration of the former Chief Security Officer to the late Head of State, General Sani Abacha, Major Hamza al- Mustapha with the rank of a Brigadier General following his recent acquittal by the court.

“The Nigerian Army as a professional force wishes to state that all administrative procedures are guided by extant administrative rules and regulations, such as the Armed Forces of Nigeria Harmonised Terms and Conditions of Service amongst others.

“The Nigerian Army wishes to advise the media to always cross check facts before going to the press, to avoid misinformation, misrepresentation and sensationalism in its reportage.”