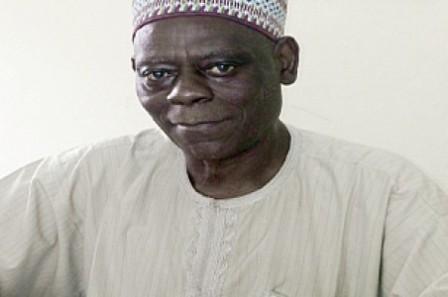 The apex northern socio-cultural organization, Arewa Consultative Forum (ACF) on Monday corrected the erroneous impression that the North was insisting on a President of northern extraction in 2015.

The National Publicity Secretary of the ACF, Mr. Anthony Sani, who said this in an interview in Kaduna, said the North, like other regions, would vie for the presidency in 2015.

Sani, who said the issue of zoning died with the outcome of the 2011 general elections, said there was nothing wrong with the statement credited to Gov. Babangida Aliyu of Niger State that the region was ready to negotiate the 2015 poll.

“Where that is the case, the North will be expected to canvass for the presidency like any other sections of the country. In that case, there is nothing like North insisting on the presidency, but it will be left for dynamics of democracy to determine.”

The ACF’s spokesman, however, accused the South of using the annulment of June 12, 1993 election to morally stampede the North into accepting zoning but lamented that, “When the time came for the turn of the North, then suddenly constitutionalism and politics of merit supplanted zoning. What is more? Nigerians voted against politics of zoning in 2011.

“As democrats, ACF and northern leaders accepted the judgment of Nigerians in accordance with democratic tenets which demand that majority has its say and way while minority only has its say.

“In proper democracy premised on triple foundation of liberty, justice and common decency, there cannot be insistence.”

Sani then apportioned blame to the media for giving the impression that the North was desperately angling for return of power to the region as a birth right.