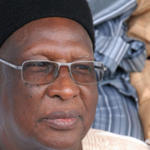 The mini-convention of the ruling Peoples Democratic Party (PDP) suffered a major setback yesterday as the National Working Committee (NWC) of the party ordered the Prof. Jerry Gana-led Special Convention Committee to put on hold all plans relating to the convention slated for August 31.

The Southwest congress slated for August 24 is also affected by the order.

A statement issued by the national leadership of the party after its NWC meeting yesterday, cited anomalies and breaches of the party’s constitution for the action.

Acting National Publicity Secretary of the party, Mr. Tony Okeke, who signed the statement said: “In view of the anomalies and breaches of the constitution of the PDP observed in the actions so far taken by the Special National Convention Planning Committee, the NWC has directed the Committee to put on hold all activities relating to the Special South West Zonal Congresses and the Special National Convention, pending the regularisation of the anomalies and breaches so as to forestall a repeat of the events that affected the party’s convention in 2012.

“Consequently, the dates recently announced by the Planning Committee are in the circumstances untenable.

“The NWC viewed with concern recent developments in Rivers State and also resolved to invite the National Vice Chairman, South South, to come and brief it to enable it take an informed decision that will lead to a prompt resolution of the crisis in the state”