The Centre for Human Security of the Olusegun Obasanjo Presidential Library, Abeokuta, Ogun State, said on Monday that it had plans to train about 40,000 unemployed youths across the country in the next four years. 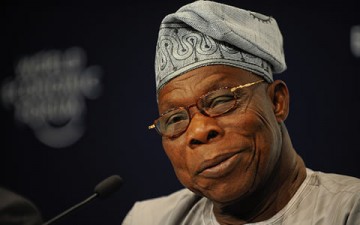 Director of the Centre, Prof. Peter Okebukola, said this at the inaugural CHS-Entrepreneurial Training workshop for Unemployed Graduates, which held at the centre.

The beneficiaries were graduates of various tertiary institutions in the country, as well as undergraduates in polytechnics and universities.

Okebukola said the entrepreneurial training for the unemployed youths would, among others, help in the reduction of graduate unemployment in the country and foster the acquisition of skills to start and manage small and medium scale enterprises among the youths.

The training programme, he added, would inspire a culture of entrepreneurship and business innovation among the youths.

He said, “Unemployment is perhaps one of the greatest epidemics plaguing development in Nigeria and indeed Africa. President Obasanjo has been concerned and mobilising other world leaders about this ticking time-bomb. Hence, this project was birthed in order to back up his campaign with action.

“The current youth unemployment rate in Nigeria is estimated in the region of 30 per cent. It is no longer news that our tertiary institutions are churning out more graduates for the already saturated labour market.

“These series of training has been designed to train 40,000 unemployed graduates over the next four years at different locations in the country.”

Okebukola, a former Executive Secretary of the National Universities Commission, said the effort remained paramount to CHS in order to forge a partnership with and support the effort of the government in reducing unemployment.

A visiting consultant to the centre, Professor Kayode Ajayi, enjoined the participants to avail themselves of the opportunity provided to make themselves self- employed and employers of labour.