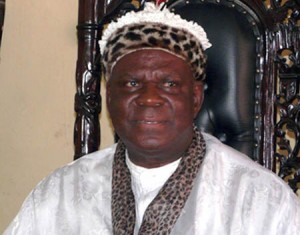 The Etubom Council in Calabar, said the ruling of the Appeal Court ordered the kingmakers to conduct another process to select the Obong of Calabar in accordance with provisions of the constitution of Etuboms’ Council of 2002 and in strict compliance with the rules of natural justice.

“The Etubom’s Council has promptly complied with the court order by taking all the necessary steps leading to and covening of the Etuboms’ Conclave which conducted another selection process for the position of Obong,” the council said.

A statement by 14 Etuboms, representing the 14 ruling houses to the Obong of Calabar, said: “The turn of the ruling house to produce the Obong after the demise of Nta Elijah Henshaw is Atai Iboku group of houses as provided for under the constitution of the Etuboms’ Constitution of 2002.

Accordingly, the most senior Etubom of the Atai Iboku group of houses, Etubom Lawrence Asido presented their unanimously selected nominee for the throne of Obong of Calabar in the person of Etubom Okon Otu. Having been satisfied with the candidate’s qualifications and eligibility and with no dissent whatsoever among the kingmakers, the Etuboms’ Conclave therefore declared him the successor to the throne of Obong of Calabar.”

The reemergence of Abasi Otu forecloses the agitation by Chief Anthony Ani to the throne of Obong which has been subject of litigation that led to last week’s Appeal Court judgment, which excluded him from further participation in the selection processes since he was not a capped chief.