Prior to the creation of Post-UTME examination popularly called PUME, it was all JAMB affair, if you want to get admitted in Nigeria’s tertiary institutions you must go through JAMB. JAMB before can just give Universities list of names to admit, and they’ll do it without question. But what many don’t no is JAMB directly or indirectly contributed to cultism in Nigeria schools today, if you’re not familiar with cults in Nigeria read history of cults in Nigerian University

JAMB as the Board is fondly referred to, was the solution to the explosion of the number of Universities and the problem of admission. It was designed to ease the process and ensure that every part of the country benefited.
The gap between North and South was to be breached. 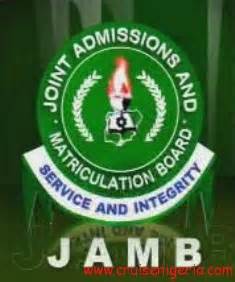 In 1971, there were six Universities, by 1976 there were thirteen. In 1975, the Federal Government set up a Committee in Central Admission Board to ensure realism, responsiveness to national needs and aspirations and uniformity. The committee reported in February 1977 and the JAMB was created by decree no 2 of 1978. JAMB was initially designed to set the examinations, conduct them, mark them and issue admission letters to those recommended to it by the various institutions. In doing all these, JAMB uses university staff to set and conduct the examinations.

In recent years, shifts have occurred: the violent temerity of cheaters, the leak of the questions and the inability of invigilators to enforce or even report the cases of malpractice have vitiated one level of the system. At other level, JAMB has insisted that final admission is withing her purview. Thus, if JAMB issues an admission letter to a candidate who was not recommended, the university cannot refuse to register the student. The “Nigerian Factor” set in as many influential men lobbied JAMB to get their wards admitted. Some VC’s list supply over 30% of the admission. The Vice Chancellor, Registrar, Principal Officers, Chairman and Members of Governing Council, Government, Traditional Rulers, all submit long lists. Between JAMB and the VC’s list, over 60% of admissions are concluded. Thus there was a gap between policy and practice and this explains how the sons of the wealthy who are the core target of the secret cults arrive in the universities.

Since the end of 1996, the Eiye and Black Axe in University of Ibadan and the Polytechnic, Ibadan have been on each other’s throat. For example during the National Polytechnic Games, a student was shot. Three days later, the Polytechnic, Ibadan students were milling around the students’ union building, soon after dinner, when some boys dressed in black jeans and black T-shirts surged in, fired some shots and killed two people. In reaction, the then Rector, Professor Emmanuel Oshobi, commented that it has become difficult to restrain violent, criminal-minded students from entering the institution or to process the bio-data of the student population.

Thus there was nothing at the gates of tertiary institutions to filter the entrants so as to maintain the ideal of research, free inquiry, moral and intellectual development. An officer at Uniben drew attention to the age of “Jambite” or new entrants, he argued that sixteen to seventeen year olds tend to have problems of adjustment and fall easy victims to cult recruiters.

Chima Tim is a young freelance writer, graphic artist, programmer and photographer based in Eastern Nigeria. He writes for several print magazines as well blogs. His prime areas of interest include open source, mobile development, and Education and sports. He is also the Founder of 9jacmpus