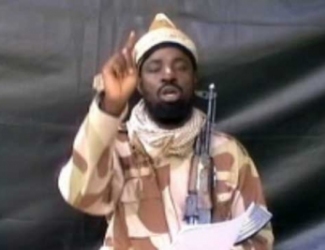 According to the contents of a document relied upon by national president of the Christian Association of Nigeria (CAN), Pastor Ayo Oritsejafor, Jamā’a Ahl al-sunnah li-da’wa wa al-jihād better known as Boko Haram, is the second most violent terrorist group in the world.

Pastor Oritsejafor said Boko Haram is second only to the Taliban, who he said is the world’s leading terrorist organization.

The CAN president told some journalists at the weekend that it was based on this background that he was always raising his voice to alert the world about the magnitude of the killings which members of the Islamist sect have carried out in the country, particularly against Christians in churches.

He disclosed that the Nigerian-American Christian Association has been formed outside the shores of the country to promote unity of Christians in Diaspora in a bid to discourage terror attack against believers.

According to him, “they are becoming very formidable in America today. They are doing a great job, they are holding up our hands and they are speaking as we speak and they are following events very closely in this country”.

The founder and senior pastor of Word of Life Bible Church in Warri, Delta State, expressed sadness that the Federal Government would even consider amnesty for Boko Haram at the expense of victims of the deadly attacks, stressing that it was a pity that the country is having discussions with a group that is killing innocent people and boasting about it because they are assured of amnesty.

“I read a document when I was in the United States of America (USA) that Boko Haram is the second most violent terrorist group in the world.

“According to the document, it is only the Talibans that are ahead of Boko Haram in the number of people they have killed in the whole world. That is to tell you the level of destruction of lives and property that these people have indulged themselves in. As I always say, we are ever ready to partner our Muslim brothers. We love them, we wish them well, but we will continue to tell the truth because the Bible says you will know the truth and the truth will set you free. If we work on the basis of truth, we can work together well and build a great nation that we will all be proud of.

“We are beginning to understand that the church must also have a global agenda, not an agenda to take over the world or violently kill people, not at all, but   to preach the gospel as we are instructed in the Bible and protect ourselves from a very dangerous satanic invasion that is coming from the pit of hell,” Oritsejafor said.