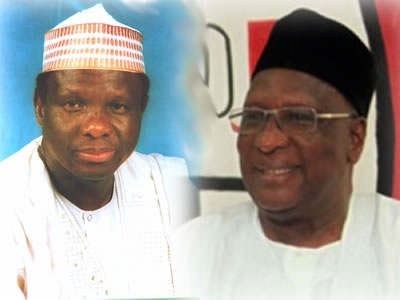 The National Chairman of the Peoples Democratic Party (PDP), Alhaji Bamanga Tukur, on Monday said the party had the capacity to resolve all crises that might come its way.

Tukur made the statement known when he addressed newsmen after a meeting with the party`s Special Convention and Congress Planning Committee.

He said, “PDP is one and is working in unity and will always find a solution to its problems and today, we have found solution and have resolved it.”

He said that the committee would be formally inaugurated on Aug. 24 to enable it to commence its duties on a proper footing.

Tukur said that new dates would be announced for the South-West congress and the Special National Convention after the inauguration of the committee.

Commenting on the development, Prof. Jerry Gana, said the meeting was “peaceful and fruitful” and that all issues concerning the forth coming convention had been resolved.

Gana thanked President Goodluck Jonathan for his initiatives to resolve the differences.

Meanwhile, the party’s NWC has rejected the dates announced by the Gana committee and suspended all activities concerning the special South-West zonal congresses and national convention.

The National Working Committee (NWC) in a statement on Monday said that the dates announced by the committee were not realisable.

The statement said the decision was taken to ensure the regularisation of all anomalies and breaches that affected the party`s 2012 convention to forestall a repeat.

It would be that the NWC had expressed divergent views with the committee members on the issue of dates and other matters concerning the forthcoming convention.

Gana in an earlier meeting announced Aug. 24 and Aug. 31 as dates for the South-West congress and the special national convention, respectively.